Modie Cox, a Niagara Falls native, and also a LaSalle High School graduate, was a stand out basketball player (Mc Donald’s Honorable Mention and WNY Player of the Year), leading his teams to several state championship appearances. In 1988 Cox was a member of the 27-0 State/ Federation championship team. He was recruited by many division I colleges and ultimately decided to attend the University at Buffalo on a full athletic scholarship. At UB he continues to hold records in steals and assists, ranking him third in school history. Cox, also has the highest career assist total in UB’s Division 1 era. His 8 steals in a game still stands as a record. Cox holds two of the top ten highest single season assist marks at UB. After UB, Modie went on to play professional basketball in both Europe and Africa averaging 15 points and 9 assists per game. In 2004 he returned home to play for the Buffalo Rapids and Silverbacks of the American Basketball Association.

Modie worked as a substitute school teacher in the Buffalo Public School District while pursuing a masters degree in Urban Planning. After working in the school system for 5 years, Cox went on to pursue his dream of motivating youth. He was the president of the “Do Your Best, Never Quit” community inititive prior to going out on his own and starting “Winning Because I Tried” which caters to the entire New York State.

While going on speaking engagements, holding professional forums, youth summits and leadership workshops, Cox was also the Director of Program Development with the Buffalo Police Athletic League (PAL) where his responsibilities include developing new programs, enhancing existing programs, supervising interns as well as many other duties. In 2011 he resigned from his position with the PAL and took on his current postion, as Recreational Aide, with the City of Buffalo Parks and Recreation Department.

Acclaimed by Buffalo Mayor Byron Brown as “a person to be commended for your tireless efforts to help our community and its youth”, Modie Cox has thrown his heart and passion into youth mentorship for nearly two decade “Winning because I Tried” is more than just a catch phrase to Modie, it is a way of life, declaring it his “life duty” as expressed in his mission statement.

Niagara Gazette 11/4/09- “I want to encourage young people to believe in their dreams, to never give up Cox said. I know there’s times circumstances will prohibit a kid from moving forward, lack of fathers, mothers or whatever. I want the kids to know that their life is in their hands and they can become what they want when the believe in it.”

In 2013 Cox became the first African American, Executive Director, of the Police Athletic League (PAL) of Buffalo.  In his short tenure Cox hit the ground running implementing new programming, creating sustainable funding, adding jobs and establishing a much needed 21st century approach.  After two and a half years at PAL Cox, decided to resign from the PAL to continue with his passion of working with youth across the State of New York.

In 2015, WBIT partnered with the County of Onondaga (Syracuse, NY) providing emotional and learning skills for some of the City’s toughest youth, who find themselves detained at Hillbrook Detention Facility.

In 2017 WBIT will look to cement a relationship with Coordinated Care Service, Inc. (Rochester, NY) to deliver services for young men transitioning back into their communities from detention or placement.

Modie is the proud parent of his son Kaleb.

Wallace was drafted 18th overall in the 1996 NBA Draft by the New York Knicks. Wallace went on to play eight seasons in the NBA and and two in Europe. In 1998 he was the runner up of the NBA Sixth Man of the Year Award while with the Toronto Raptors. John was also voted Community Service Man of the Year for his dedication to youth in the city of Toronto.

In 2010 John was honored with the 28th Vic Hanson award for his ties to the Syracuse University Men’s Basketball Program and for making an outstanding contribution to college basketball. John Wallace and many other former Syracuse basketball standouts and current Orange student-athletes are partnering with the American Red Cross, Time Warner Cable, Citadel Broadcasting and WCNY for the 2010 ‘Cuse Cares Telethon to raise funds for disaster relief efforts in Haiti. The telethon will be televised live on Time Warner Cable 13 and Orange All Access via SUathletics.com. During the three hour telethon, the former basketball stars and current Syracuse student-athletes will answer phones to accept donations at the WCNY Studio in Liverpool.

John is now retired from playing in the NBA and enjoys spending time with his children. He spends majority of his time traveling to sporting events, school performances and vacations with the kids.

John also works with the New York Knicks, in their Public Relations and Fan Development department. He is also involved in other business dealings and works to assist other not for profit organizations.

Tony is a recent June 2010 graduate from Orchard Park High School. He currently attends Hudson Valley Community College in Troy, NY. Tony is pursuing his Associates Degree in Applied Sciences for Mortuary Science at Hudson Valley. He is pursuing a career as funeral director. Basile previously interned at a local funeral home in Buffalo, NY for almost two years. He plans to return there after completing school.

In high school, he played basketball at the Freshmen, JV, and Varsity level. He was a captain of the JV team. Tony was also involved in S.M.I.L.E. Club and Windom Buddy Club at OPHS. Both clubs help youth and assist in the community.

Tony was a member of the National Honors Society and Orchard Park Pride – a staff selected group of seniors at OPHS that excel not only in the classroom, but in the community as well. Basile is an honor roll student and graduated with Honors and an Advanced Regents diploma.

Tony’s duties will include assisting and consulting Mr.Cox in day to day operations. He will also be assisting at seminars, gaining sponsorship and managing the website which was created and designed by Mr. Basile.

“I met Modie a few years ago just from watching him play pro ball and then I saw Modie conducting seminars and saw the impact he had on those kids, and I was very impressed. Now I want to be apart of his team in taking his plans for all youth to the next level. This program will be huge because of our commitment and dedication to serving youth in our communities. I hope one day I can deliver the message myself and impact the lives of many!”

Basile also stated, ” I have a passion to help people and serve my community and will continue to do so, as my lifelong duty, both in my future profession and impacting the youth.” 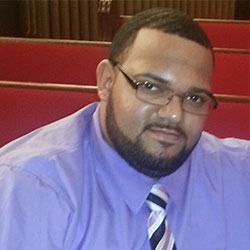 Nick got his start with the “Winning Because I Tried” Youth Mentoring Program in the summer 2016, simply as an event photographer.  Throughout the summer Nick displayed many other talents and was quickly upgraded to Social Media Director.  He oversee our WBIT Facebook and Instagram pages, add and sharing daily motivational content to thousand’s of viewers.

On occasions Nick will accompany WBIT to community events where he serves as a program aide.

News
I am the footer call-to-action block, here you can add some relevant/important information about your company or product. I can be disabled in the theme options.
Get In Touch
© Copyright 2019, Because I Tried Enterprises, Inc. - All Rights Reserved