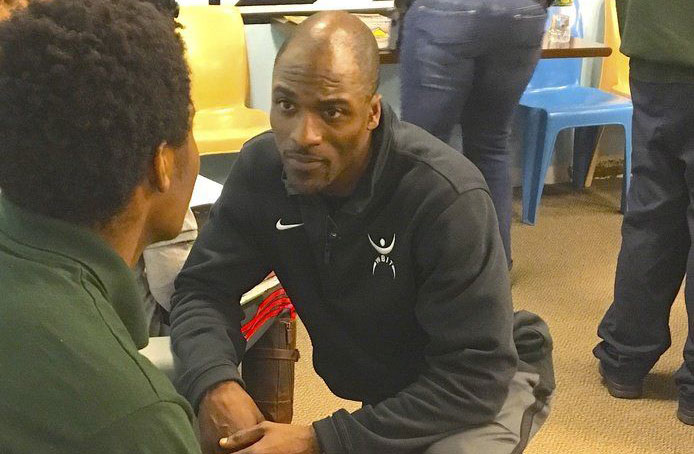 Growing up in Niagara Falls, Modie Cox was blessed.

He was a basketball star at LaSalle High School and played pro ball after a full ride to the University at Buffalo. But like everyone, he had challenges to overcome.

Cox, who played in pro leagues in Europe and Africa, was raised by his grandmother because his mom had a drug problem. Adopted at 14 by a white coach and his family in North Tonawanda, he went on to have a stellar athletic career but faced some drug charges at age 23.

The charges were later reduced, but he spent a year in jail. “It was all part of making me the man I am today,” he said recently.

He has worked with kids since he stopped playing basketball, most recently as the director of Buffalo PAL before he resigned in March to follow a dream, literally.

“I had a dream one night that I resigned,” he said.

The next morning he had a meeting with Buffalo Mayor Byron Brown and the words just came out. He resigned as director of PAL. “My heart was pulling me toward my company — to run it full time,” he said recently. “I had to put my all in it.”

His 8-year-old company is called Winning Because I Tried and for Cox, it’s all about reaching out to the kids.

NIAGARA FALLS, N.Y. — Dejuaine Motley knows what it's like to be on the streets."I…

Truth ties Cox to kids on the edge

Recap of The Beginning

President and Founder of Because I Tried Enterprises, Inc., Modie Cox enjoyed an active and…

News
I am the footer call-to-action block, here you can add some relevant/important information about your company or product. I can be disabled in the theme options.
Get In Touch
© Copyright 2019, Because I Tried Enterprises, Inc. - All Rights Reserved